To consider how fast we are moving when we are sitting still, begin at the surface of the earth, where you are currently sitting, watching a computer screen of some kind.

Next, zoom out to near-earth orbit, and you’ll see that while sitting still, you are actually constantly moving in a circle, doing about 1,500 km/hr, as the earth rotates on its own axis. There’s your first frame of reference: you circling the center of the earth as you sit on it’s surface, moving at about 1,500 km/hr while you sit still.

Next: zoom out again, you see the earth, with you rotating around its center, as it rotates around the sun. Your rotation around the center of the earth takes 24 hours to complete, the rotation of you and the earth around the sun takes about 365 of those same rotations to complete (one year). This has the earth doing about one hundred and eight thousand km/h (108,000 km/hr) as it travels around the center of the solar system. Note that this does mean you personally are not only moving at 1,500 km/hr around the earth’s center, but you are also simultaneously flying through the solar system, relative to the sun, at a rate of 108,000 km/hr.

Next: zoom out again, you see the sun, rotating around the center of our galaxy, the milky way. The sun takes over 200 million years to make it around the galactic center once; the galactic ‘day’ is a period of about 220, to 250 million earth years. This, given the size of our galaxy, which is about 100,000 light-years across, means the sun itself, and you along with it, is travelling through our galactic neighborhood at the astonishing speed of about 828,000 km/hr! Remember, this means 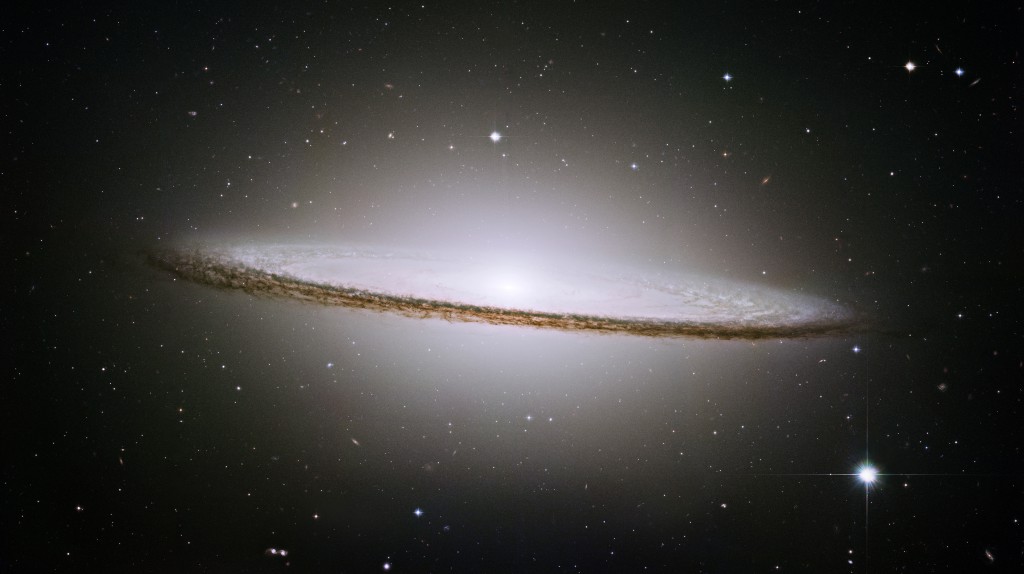 Next: zoom out again, you see our galaxy, the Milky Way, you see it is also in motion…motion in at least three directions at the same time:
1) The galaxy is rotating around the center of our local cluster of galaxies…interestingly, the center of our local cluster of galaxies is somewhere between our galaxy, and the Andromeda galaxy, which is the closest galaxy to us, visible to the naked eye and/or small binoculars. The Andromeda galaxy, and the milky way, are the two large galaxies in the cluster, the rest are mostly dwarf galaxies, so we, and Andromeda, like two protons in an atomic nucleus, encircled by ‘electrons’, are joined in a galactic dance-round-the middle, of some point in inter-galactic space. Now how fast THAT rotation is…well, whatever it is, that speed and motion, is ALSO your speed and motion, as you sit still at your computer.
2) Our local cluster of galaxies is but one of many clusters, the clusters themselves rotate around some center-of-clusters point – this rotational motion is incredibly large, and is also added to your motion in the universe.
3) The universe is expanding at an incredible rate, and the rate of expansion is constantly increasing exponentially in all directions at once. If relative to other frames of reference, this could be considered motion, then it adds a whole lot more to your motion.

Aside from how fascinating and mind-boggling it is that we are moving so incredibly fast relative to everything else, some other very interesting facts emerge from all of this as well:
– The same thing that makes all that motion imperceptible to you (after all, it sure feels like you’re sitting still when you aren’t moving) well, that same thing means, if you can picture it, that every galaxy, every star, every planet, every person, even every bug, particle of dirt, and atomic particle, is always at the very center of the universe, within their own frame of reference, which for all of us is, the same universe. Everything is at the center of the universe!
– Kinetic energy is a form of energy a body has due to its MOTION. So from a certain perspective, we would seem to have a LOT of kinetic energy…relative to a frame of reference outside of our own, and e=mc2, so we are made of very energetic stuff!

– There’s no such thing as “still” or “at rest”, except relative to our own frame of reference, and everything is moving VERY fast, in MANY directions, and is made of VERY energetic stuff. Pretty awesome stuff 🙂

7 thoughts on “How fast are you moving when you’re sitting still?”